Economics and law of green economy from the development perspective 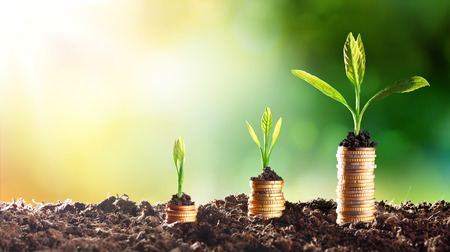 The interdisciplinarity of economics and law in policy making has been and will always be drastically influenced by past, present and future imperatives of the internal and external context in which economy evolves. Nowadays, it should be part of both pragmatic and practical development policies and play a crucial role in economic growth.

Green economy is seen as an area of intersection of different economic concepts compatible with long-term objectives associated with sustainable development, oriented towards social development and sustainable production and consumption patterns.

The protection of resources and the positive influence of ecosystems, the limitation and the reuse of waste contribute to the “greener” economy. Currently, in the developing countries the stakeholders still need to be aware the “green economy”, “eco-efficient economy”, “green growth strategy” or “the sustainable economy” are intended to move towards an economy generally compatible with sustainable development and the new form of economic development – the green economy – should be seen as a form of long-term adaptation to economic system to the various crises it may face.

As law plays a central role in facilitating social and economic change, legal instruments and measures for sustainable production and consumption must become a priority policy for decoupling the economic growth from the unsustainable use of resources and for adapting to the impacts caused by climate change.

The companies from the developing countries need to rethink marketing strategies to consider environmental impact. In addition, the early stage chosen technologies for product design and the entire process of production and consumption should be consistent with sustainable development objectives.

The developing countries need to reconsider their current laws to cogitate if they are choices in response to particular circumstances or the result of various competitive forces. The analysis might show that these countries should rather introduce the benchmark rules that would induce better economic performance around the world.

A rules-based open international market facilitates a more cost-efficient and wider availability of green goods and services (including green technologies). It fosters innovation and can bring an important contribution to the achievement of environmental objectives and the fight against climate change. Effective trade liberalisation also gives important impetus to the development of the green sector as it facilitates technological progress, provides export opportunities and still creates employment in the developing countries. It also contributes to the achievement of sustainable development objectives.

Simultaneously, with its development, the new concept of “blue economy”, released by a member of the Club of Rome, could be explored. The concept is a challenge to overcome the “green economy”, by stimulating innovation in all sectors of the economy, able to sustain on short-term the competitiveness and the employment, and sustainable development, on medium and long-term. The concept is particularly attractive as it provides solutions applicable in the context of global crisis, period in which the requirements of a “green economy” – long-term investments and savings – does not provide concrete solutions.