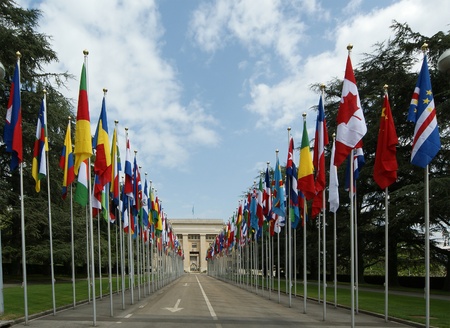 26th of June 2020 marks 75 years since the United Nations Charter was signed in San Francisco.

Primarily created as an organization aimed at maintaining international peace and stability, the United Nations has been expanding further in various directions and across diverse social systems. From its efforts to contain the decline of multilateralism and to react to the COVID-19 pandemic, the organization attempts to adapt itself to new challenges and is forced to assume new responsibilities.

The United Nations Charter was drawn up in 1945, yet the world has changed greatly afterwards. These changes significantly reduced the East-West and North-South dimensions of the international relations. From G77 and United Nations Conference on Trade and Development, the developing countries’ development agenda moved uneasily into the World Trade Organization’ Doha Round of trade negotiations, scattered through the United Nations System or attached to European Union policies. Moreover, several bilateral and regional agreements and treaties related to trade were negotiated and entered into force. In short, from 1945 till now, among other things, the Cold War come and finished, the cooperative relations with Russia opened, the creation and enlargement of the European Union took place, new blocs, groupings and international institutions appeared and changed, new major world powers like China, India, and Brazil emerged and joined in the governance of globalization symbolized by the G20.

The growth of post-war international interactions has led to the involvement in external relations of a wider range of national ministries, such as industry, aviation, environment, shipping, customs, health, education and sport. Linked to this development is the widening content of international relations, particularly through the universalising of issues relating to human rights, terrorism, immigration, political refugees and other displaced population issues, leading to international coordination by interior, justice and intelligence governmental authorities. Unfortunately, the size and number of issues calling for attention did not find response in universal outcomes, seeing that the successful universal rule making is now a rare occurrence. Globalization, population growth, urbanization, technology and interconnection have produced a regrettably long list of real problems, many of which seem inherently to lie beyond the power of any one State to resolve as they involve the movement of persons, capital, services, arms, pollution, diseases, products or ideas across multiple borders. The enumeration of potentially suitable subjects for discussions at the United Nations level suggests that the size of the capacity for United Nations’ response is varying in inverse proportion to the size of the problems.

As such, the speed at which the geopolitical and human society changes presents a challenge of adaptation for the international relations and the United Nations. There is a growing disconnection between economic reality and political architecture of international organizations. The political architecture of the United Nations System, in terms of the institutionalized distribution of power, political groupings, or development, is based on the economic reality of the world at the end of Second World War.

With the new realities and challenges have come corresponding new expectations for action and change, as well as requests for reformation. Change is trying to find its way through the United Nations System, but it has not yet brought into being its full institutional expression. The challenges relate to the fact that United Nations is seen as set and rigid, too inner-oriented to deal with many of today’s problems, having too slow proceedings and being caught up in bureaucracy. Equally, a critical new issue that modern United Nations must cope with is the scrutiny of the conduct in international fora by a growing population of knowledgeable and actively interested public.

Amongst all the layers of its officialdom, the United Nations should become more flexible in shape and purpose. Without procedural and structural reforms, the United Nations System will accumulate more difficult-to-fix inadequacies and performance deficits and there will be an intensifying crisis of confidence in the world’s system of organized multilateralism centred on the United Nations.